Volvo is one of the most renowned brands in automobile arena. Volvo is known for its classy cars. Volvo always surprises the car lover with its latest models of cars. The new 2016 Volvo XC90 t8 is a class meeting the reputation.

The Twin Engine 2016 Volvo XC90 T8 runs through 316 bhp turbo that inherits from T6. Well, there is an additional power source as well, in the form of 46 bhp electric. The interesting fact is that the T8 comes with seven driving modes. What’s a big deal? It turns the vehicle least energy consuming, compliant, and confident even during the stormy weather or challenging paths.

The car has with a whole 432 latent combinations in the self-programmable state to make it more reliable. All these can be put into action playing a little with its settings for the additional air suspension, the steering settings, climate control, etc. Needless is to say that these features are making Sweden-based company’s XC90 review look most envy-making.

The Rocking Specification of Volvo

Going through the rocking Specification of Volvo XC90, one might not feel it necessary to go for a test drive. But, many with such perception have already found them at a repenting side. The fact is, many owners have not found T6 powerful enough. As mentioned above, literally on spec books, 400 horsepower might be pretty sufficient; but, ask those who have whirled the steering for the best reference. 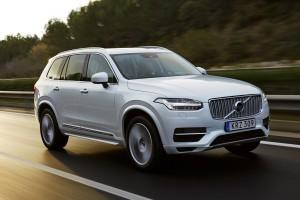 Also, only someone who has driven it can tell you about its weight issues; all these matters may not appear in new Volvo XC90 specs list. What’s more? The 2016 Volvo XC90 T8 Skidpad performance has been demoted to 0.81 from 0.84. What’s Skidpad performance? It’s the force a vehicle can deal with prior sliding tone side.

Stretching the list of not-so-good, the braking distance enlarged by three meters and the steering is wanting. One who has driven it would say about the revelry over daunted pavement. Yes, all these may not be found a generalised new XC90 review.

The Awesomeness of Volvo XC90 in the market

No argument about the claim that the Sweden-based 2016 Volvo XC90 has created some significant buzz in the market. But, only the hands-on experienced folks can tell you that isn’t exactly the swiftest of its kind. Still, anyone would love to conclude the Volvo XC90 review on a positive note, terming it a decent vehicle.

Especially, the additions like Bowers & Wilkins audio system has impressed many car enthusiasts. The tech has been made user-friendly through the slate patterned interface. No doubt, all these look marketable features, especially looking at the XC90 Volvo price in Sweden.

For your information, the T8’s starting tag is L14, 000. Those who are aiming to save some bucks through fuel should know that Volvo is the brand for which they should looking.