Nissan Z-car, also known as Nissan Fairlady Z in Japan, is one of the most awesome sports cars that Nissan has ever made. The first Nissan Z-car was introduced in October 1969 and quickly gained a lot of fans so Nissan has produced 6 generations of Nissan Z-car since then. In Japan, every Z-car has been sold under the name Nissan Fairlady Z and in other countries under the names Nissan S30, Nissan S130, Nissan 300ZX, Nissan 350Z and Nissan 370Z.

Nissan Fairlady Z - An awesome sports car made in Japan

The beautiful combination of performance, speed, style and a relatively affordable price is the main reason that makes the Nissan Z-car famous. And it will be hard for you to find other coupes in its class which are as exceptional and cost less than $30,000. To keep the car in demand and maintain its outstanding features, there has been less changes given to the Nissan Z-car over the years. 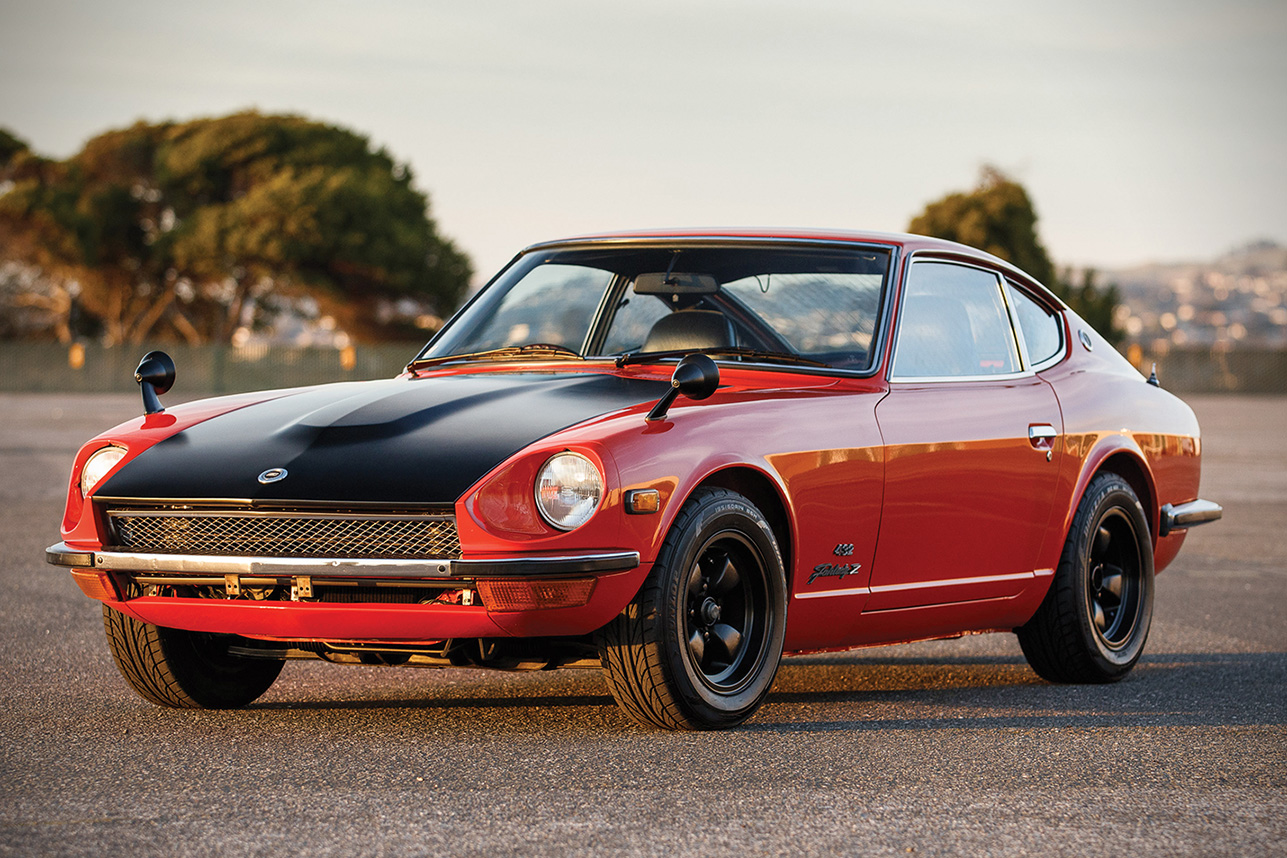 So if you are looking for a Nissan Fairlady Z for sale, read the overall generation review to see what you are going to get. Does the iconic car live up to the expectation of modern drivers?

The first generation of Z-car was produced with a desire to create a halo car for Nissan that would enhance Nissan’s image with customers. The first model, the 1970 model year, was released in October 1969 with 2 iterations. The Japanese version, the Nissan Fairlady Z, was made with 2.0L inline-6 engine and its name reflected the Datsun Sports roadster which preceded it.

On October 2th 1969, the first version of Nissan Z-car for American market debuted under the name Datsun 240Z. The Datsun 240Z received a 2.4L inline-6 engine and Hitachi carburetors that generated 151 horsepower. Many American customers were very interested in the sporty look and speed of the Datsun 240Z so the car quickly become a big hit in the US with more than 45,000 units sold.  After that, the 1972 and 1973 model years were sold so well, leading Nissan to modify it a bit and come out with an upgraded model in 1974, the Datsun 260Z. This Z-car was available with a 2+2 body and was fitted with a 2.6L engine.

The Datsun 280Z, another version of the first generation of the Z cars, was introduced in the US and it was the first Z-car using a Bosch fuel injection system. This change offset the weight from its larger bumper and added features and enabled the car to create 170 horsepower.

In the second generation, Nissan kept the Fairlady Z label in Japanese market and released the Datsun 280ZX in the US in 1978. The Datsun 280ZX model ushered in the second generation of Z-car and offered more gorgeous features such as gold alloy wheels, 2 toned paint, headlamp washers, leather seats and climate control. There were 280ZX units sold during its first year on the market and the 280ZX was also recognized as Motor Trend’s “Import Car of the Year” in the year 1979. While on the one hand Nissan gave to the Z-car higher levels of performance and convenience, many car fans also lamented the further emphasis on luxurious features over driving fun.

The Nissan Z-car was completely redesigned in the year 1984 and this generation come with a new 3.0L V6 engine. The third generation would also mark the decrease of the Datsun label, and all Z-cars afterwards were sold under the Nissan name in all markets. Besides getting a new engine, the 300ZX and 300ZX Turbo also received different aesthetics compared to earlier Z-car iterations. The body had pronounced pop-up headlights and was wedge shaped. This generation continued to receive excessive luxurious features, and the 300ZX even offered the choice to consist of seats which vibrated when the music being played in the car. Even that, the car was still attractive and sold well. In the year 1987 Nissan redesigned the 300ZX in order to soften its lines, but until the 1990s the car remained significantly unchanged.

The fourth generation was manufactured from 1990 to 1996, and it received a lot of big changes in terms of performance, power and style. This marked a striking turn for the model, and the 300ZX was compared to the Porsche 928 S4 and Corvette because of its significantly enhanced handling and performance. The 1990 300ZX twin turbo version obtained the title of “Import Car of the Year” from Motor Trend, and the public was very interested in its amazing looks.

Besides the great looking, the fourth generation 300ZX also offered plenty of speed to consumers. It had the ability to create 220 horsepower, which was notably more than the 1989 model year. Although this generation was heavier than previous model, few seemed to mind as the car was so convenient. For all of its luxurious features and beauty this Nissan Z was more expensive than earlier versions, leading to the drop in the total number of units sold. As a consequence, after the 1996 model year the Z-car was pulled from the American market, but it was still sold in Japanese market.

The Nissan Z come back to American market with the 2003 model year, known as the 350Z. It was only available as a 2 seater and had a tapered tail end, larger wheels and a naturally aspirated 6-cylinder engine. Its V6 engine created 287 horsepower, but the model did not take many risks with its engineering or design. During the next few years after its reintroduction, there were a lot modifications given to the Nissan Z in order to give it better look and reach a balance between power and luxurious features. This is essential to keep the price in check and make sure demand of the car stayed high enough to warrant its production.

As a consequence of its changes, there was an increasing growth in the number of Nissan Z’s sold. In 2005, a 35th anniversary edition of the Z-car debuted that was fitted with a manual transmission and an upgrade engine producing 300 horsepower. For the 2007 and 2008 model years, the Nissan Z featured a 3.5L engine producing 306 horsepower and an updated transmission.

Nowadays, most of Nissan Z cars for sale, especially Nissan Fairlady Z for sale are from the sixth generation. So here below is brief information about the engine, specs and design of this generation that we specially summarised for you. Don’t forget to check it out for making a better decision.

The Nissan 370Z is the 6th generation and most modern Z-car iteration. It began production in 2008 for the 2009 model year. The 370Z is fitted with a 3.7L V6 engine, providing 270 Ib-ft torque and 332 horsepower. Nissan currently designed the 370Z with decreasing weight in mind, that is why 3.9 inches was removed from the wheelbase and overall length of the car was shortened by 2.2 inches. The 370Z also has  a significantly different exterior design, which is a mixture of contemporary design cues and traditional Z-car styling. Hence, compared with its predecessors, the 370Z gives to us a distinct look.

It also offers plenty of speed and has an exceptionally affordable price in comparison with its rivals. The Porsche Cayman was used as a performance benchmark for the 370Z, therefore the car has the ability to consistently meet or exceed the speed of its formers. Going back to its main purpose of delivering amazing style and performance at a price the public can afford is what makes the 370Z one of the best models in the history of the Nissan Z-car.

Tips for buying a used  Nissan Fairlady Z for sale