24 Mercedes-Benz Facts That Will Make You Go WOW!

Be honest, everyone loves Mercedes-Benz. Not only the most famous car of the Mercedes, Benz is also a tough opponent for Honda, Ford, and all other brands. But the question is, what makes this car so special? In order to fulfill your curiosity, we will provide the list of Mercedes-Benz Facts.

The first petrol powered Mercedes vehicle was made by Karl Benz, the Mercedes-Benz co-founder. His fiancee, Bertha, had to invest in the project as a part of the prevailing marriage law.

Back in 2005, the automaker released 3 models of bicycles: the Mercedes-Benz Carbon Bike, The Fitness Bike, and the Trailblazer Bike. In future, Mercedes plans to release more sophisticated bicycles.

The Pope rides a Mercedes-Benz M-Class SUV, with added features like oxygen system and bullet-proof glass. Mercedes has a reputation for supplying cars for VIPs with extra features.

Mercedes claimed the 30th place in a Fortune 100 “Best Companies to Work For” ranking in 2013. This proves that the splendid carmaker also follows an employee friendly scheme.

The symbol of star is very popular, but does everyone know the facts about Mercedes Benz symbol? The Mercedes star symbolizes air, land, and sea. You can find the star in all Mercedes cars, on the hood.

The Mercedes motto is: “Das Beste oder Nichts” which literally means – “the best or nothing”. Indeed, they are one of the best carmakers in the world.

A billionaire from Abu Dhabi placed an order for a custom-made Mercedes-Benz with a gold decorated exterior. White gold worth $2.5 million was used to complete the whole body work. That means the whole exterior was covered with gold.

It doesn’t matter how old is a Mercedes car there’s no room for squeak or rattle. Mercedes-Benz welds all of its vehicles in 10,000 different places to make sure no nuts or bolts get loose. Mercedes-Benz E-Class, the best-selling model with 13 million sold in 2015, is a perfect example of breath-taking design.

Last but not least, monument is another interesting Mercedes-Benz facts. There is a sculptor of Mercedes-Benz 240 Diesel at Kinden Park Cemetery in New Jersey. The monument was made to remember the demise of a Mercedes enthusiast who died young. The brother of the dead, David, kept no stone unturned to make sure the monument resembles the actual vehicle and its every detail. In 1970, it cost $500,000 to complete work of this monument.

In order to figure out more about this wonderful brand, check out the video!

#11. The Company Manufactures The Longest Sedan In The World

The length of the S-Class Pullman is 6.5 meters. It’s the longest sedan that you can buy in today’s market compared to the average sedan length of 4.7 meters.

A kind of yellow boxfish, a native of the Indo-Pacific region, was the design inspiration of the Mercedes-Benz Bionic, launched in 2005. The reason behind such a unique design was to make the shape aerodynamically efficient.

The mechanics of the company had to scrape off the paint and putty of their W 25 car to meet the weight regulations of the Auto Union Grand Prix motor racing in 1934. Nevertheless, it surprisingly won the race, and the German press admirably named it Silver Arrow.

Ferdinand Porsche, Porsche’s founder, designed and developed the Mercedes-Benz T80 in 1939. It was a six-wheeler that was supposed to break the Land Speed Record of the then time. Nevertheless, the speed-test did not take place due to the outbreak of the WWII.

#14. A Mercedes-Benz SUV Was Used In The Jurassic Park Movie

Steven Spielberg used the Mercedes-Benz ML 320 car in his huge blockbuster movie in 1993. The automobile is currently in the display of Stuttgart’s MB Museum, Germany.

Yes, you’ve heard it right! Each car goes through thousands of independent inspections during the manufacturing process. There’s one inspector for every eleven workers, and they ensure that there’s no fault in the production or assembly.

The cars won’t create any jarring or shaky feeling because every vehicle sits on a swing axle suspension system. It is highly strong and stable to allow a firm grip on the road.

#17. The Cars Are Not Painted But Drowned In Anti-Corrosion Coating

You won’t probably see this for the vehicles of other manufacturers. The body of each automobile is literally drowned in a 52-ton primer bath. As a result, the anti-corrosion substance reaches every nook and corner.

In addition to the primer coating, the company safeguards its products with permanent plasticized undercoating.  Twenty-five pounds of the anti-rust ingredient is sprayed under the wheels of each and every vehicle.

It is surely one of the most impressive Mercedes-Benz facts. The engineers take suggestions from prominent orthopedic physicians to ensure that the seats are highly ergonomic. They provide support for vital body parts such as back, knee-joint, kidneys, etc.

#20. Every Engine Is Tested Before Attaching To The Vehicle

It’s another step in the meticulous manufacturing process. The workers run some tests for more than an hour. During this time, they refill oil for over 60 times so that the engine is clear of dirt and debris.

#21. The Brand’s Founder Got The First Driver’s License

Karl Benz was the founder of the company and the maker of the first practical motorcar. Besides, he was the first person in the world to get a driving license. He received written permission from the Grand Ducal Authority in Luxembourg to drive his automobile on the city streets. 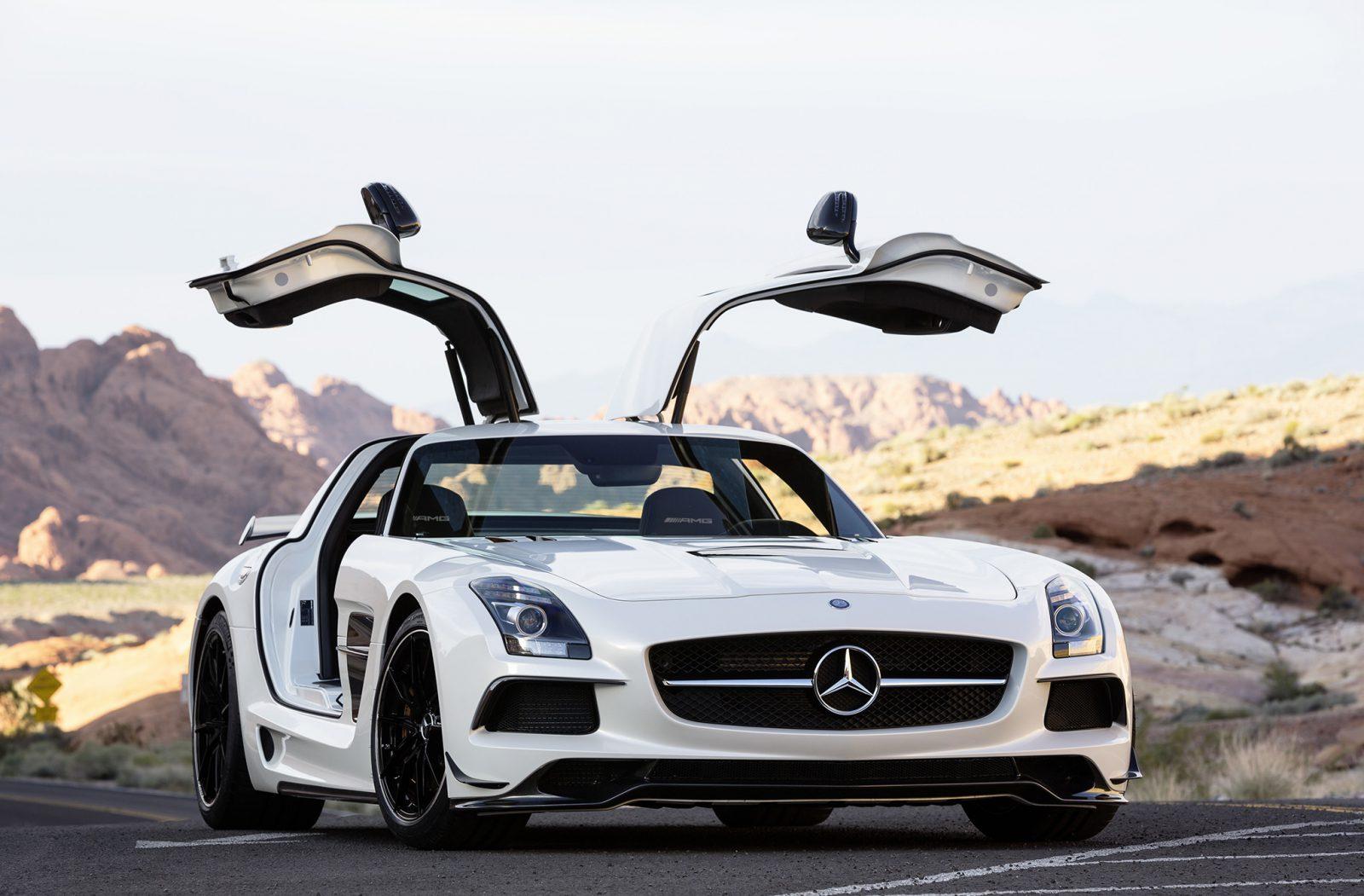 The high-performance division of the brand, Mercedes-AMG, takes up a high standard when manufacturing their vehicles. Also, it adopts the philosophy ‘one man, one engine.’ It means every single car is assembled under the supervision of a single highly-qualified technician. Needless to say, the vehicle has to pass a number of tests after the assembly process.

#23. Cars With An Active Perfuming System

The S-Class cars have four different perfuming options. Marc vom Ende, who works as a perfume specialist for Symrise in Lower Saxony, created those fragrances named Sports Mood, Nightlife Mood, Downtown Mood, and Freeside Mood. All of them complement the leathery smell of new cars.

#24. Michael Schumacher Began And Ended His Career With Mercedes-Benz

It seems quite shocking because Schumacher is famous for his relationship with the Ferrari F1 team. He participated in the World Sportscar Championship under the Mercedes Junior Programme. He ended his career with the Mercedes F1 team in 2012.