Most Powerful Cars under $30000 You Can Look For

The overall look has been taken and found a fascinating thing that there are most powerful cars under 30000 USD available. Car companies such as Volkswagen GTI and Ford Mustang which has high performance are making cars available with a horsepower at lower rates with the year. These models are better classified as the age.

The most powerful cars under $30000 are surveyed and looked upon which are offering the best fun and the great speed and power in these segments. They are said to give the best performance mile after mile without any burden to your wallet. Some of the following best cars under 30000 dollars are discussed below as follows: 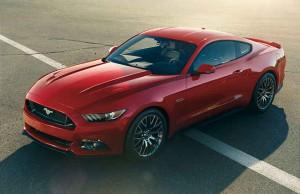 Most Powerful Cars under 30000 USD

It’s one of the best car under 30000 dollars. The legend of a car is available now at only $24,145 with a 3.7 litre V6 which is the most powerful cars under 30000. The horsepower is found to be ten extra from normal with a six-speed manual transmission. When compared to the market this power is considered to be one of the best. The V6 is determined to be the model car of basics which has been redesigned completely in 2015.When it comes to the looks and performance of the car, it’s bargainable enough. The base model of Mustang is considered to be the most powerful cars under 30000 which are trustworthy and no chance of going wrong with this type of cars. While being less expensive, they give the world class performance.

It has been difficult for the competitors to handle the Flyweight Fiesta ST because of the horsepower which is 252 four inline turbocharged. It has compromised and compacted the economy with the bold racer and the sleek. These cars are under 30000 where the starting price of these cars is $24,425.The performance of these cars is blended with the street racer.

Even after many years of launch one of the best cars under 30000 is the Civic Si which is a sporty car. It has an inline four cylinder engine with horses of 205 from VTEC. The driver support is in such a way that it takes it to 60 from zero in just seven seconds. This car is available only at a price of $22,890 which is quite reasonable. This option is made favourable for the customers regarding cost which is effective to blend with style and sound engineering of the car. When it comes to performance, it holds the track with top cars.

It has been a challenging car for the company Hyundai as the Veloster has uplifted the performance with a horsepower of 201 and a turbocharged engine with a twin scroll. The driver can go to 60 from zero in just seven seconds. The compact is a stylist and gives the performance that is needed. The price is considerably shocking that is available in just $22,600 with a warrior speed.

These are some of the other cars under 30000 such as Fiat 500 Abarth, Mini Cooper S, Mazda MX-5 Miata and Volkswagen Golf GTI which are available at its best prices with affordable performances.