If you are looking for a used Nissan Skyline GT-R for sale, here is some useful information for you:

Nissan Skyline GT-R is a sports car based on Nissan Skyline range (a line of sports cars, compact cars and compact executive cars). The car will be a wonderful memory for many people who used to play Gran Turismo on the Playstation from the late 1990s to early 2000s. It was also one of the most favourite road-going racing cars amongst car enthusiasts and gamers alike thanks to its imposing presence and incredible performance.

There are 5 generations of Nissan Skyline GT-R. The first generation was launched from 1969 to 1972 under the model code KPGC10, and become a legendary sports car in local Japanese market. In 1973, the world was introduced the second generation, under the model code KPGC110 but unfortunately this generation was not a success as the first generation. And after a notable absence of 16 years, Nissan brought back the Skyline GT-R with more interesting things in the third generation in the year 1989, under the name BNR32 (‘R32”) Skyline GT-R. The third generation won a lot of car racing competitions like the Australian Touring Car Championship, JTCC Group A series championship. After the success of R32, the fourth generation (R33) was released in 1995, featured the same power output and engine layout as the R32; besides Nissan gave to the R33 a lot of improvement in every department. And at that time, it was impressive that the R33 was the fastest car production lapping the Nurburgring, posting a record of 00:08:01. In 1999, the fifth generation was released under the name R34 with a huge improvement,  making the car as a strong competitor to other expensive European supercars of the days. 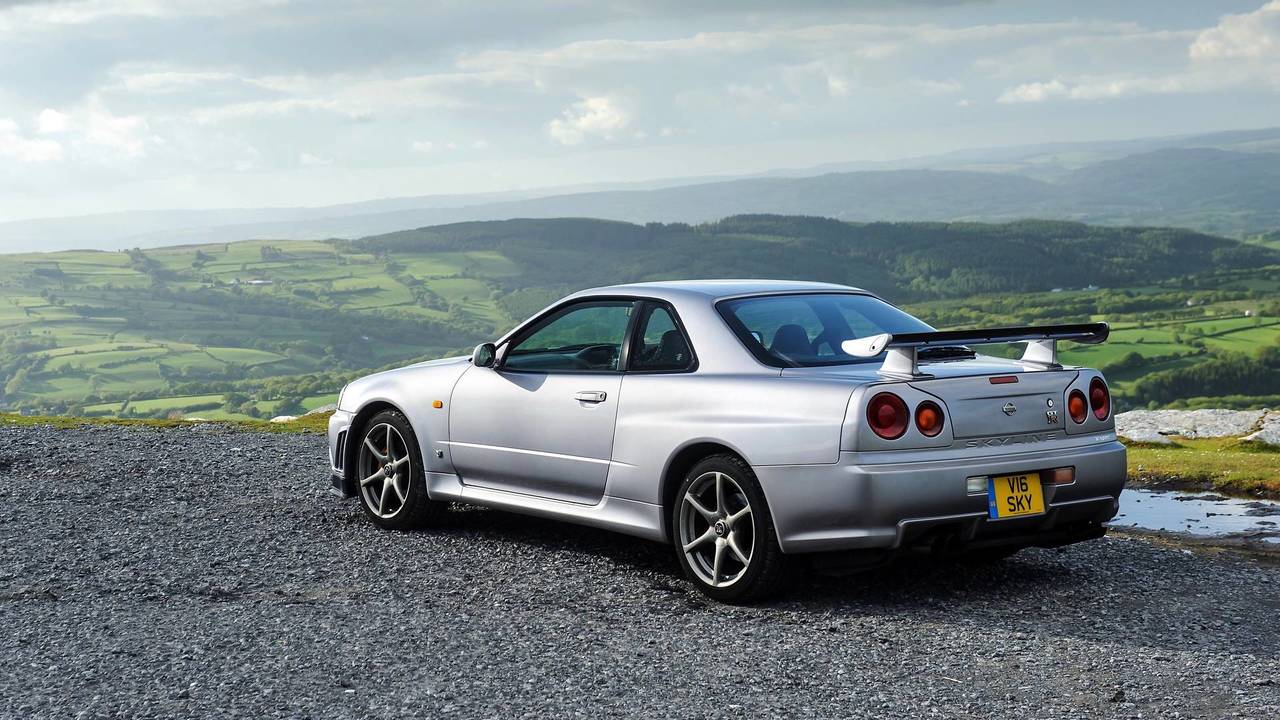 Nissan Skyline GT-R became an outstanding product of Nissan that showcases many advanced technologies such as the Super-HICAS 4-wheel steering and the ATTESA E-TS AWD. Today, the Skyline GT-R is well-known for circuit track, drag racing, time attack and events held by tuning magazines. In 2002, Nissan decided to stop producing the Skyline GT-R and replaced by the R35 Nissan GT-R (an all-new vehicles based on the V36 Skyline). Though the two cars look different, they are manufactured in the same factory and share similar design features.

A total number of the first generation cars sold were 1,945 units.

The second generation, known as KPGC110, was launched in 1973 after Nissan first introduced it at the 1972 Tokyo Motor Show. The car is equipped with a 1989 cc I6 S20 engine and power is delivered to the rear wheels by a 5-speed manual gearbox. Nissan also gave to this car both front and rear disk brakes. The car has added minor aerodynamic parts and rode on a semi-trailing ring arm suspension.

Unfortunately, this generation was not a successful generation of Skyline GT-R. There were only 197 cars built by the end of its short production run. A gasoline crisis happened in the early 1970s which dried out any demand for high-performance sports cars was the main reason responsible for the limited sales of the second generation.

After the success of the R32 model, Nissan released the E-BCNR33 (commonly known as R33) in 1995. The R33 has the engine similar to the R32. It has the same specification and the same turbochargers for the manual gearbox, however it has stronger syncros. Nissan also gave the R33 a wider collar which is used to correct the weak oil pump drive collar in the R32. The base model R33 GT-R weighs 1,540 kh (3,400 Ib).

Nissan stopped manufacturing the R33 on 9 November 1988. A total of 16,674 cars of all editions were built by the end of its production run.

The GF-BNR34 (R34) Skyline GT-R was developed in 1999. The front overhang of the car is reduced, and its design is also shorter (from front to rear). The valve covers of the R34 were painted  glossy red (color code X1020 or Cherry Red Effect) instead of black in previous models. A 5.8’ LCD multifunction is equipped for the R34, which illustrates 7 different live readings of engine and vehicle such as oil and water temperature, turbocharger pressure (1.2 bar max).

The R34 has the general layout of straight 6-cylinder configuration with twin turbochargers, twin overhead camshafts and 4-valves per cylinder. Like previous models, the throttle chamber of the R34 has 6 individual throttle valves (01 per cylinder) which isolates each engine cylinder from the rest and acts like 6 individual single-cylinder engines. A new 6-speed close ratio Getrag gearbox is used to feed the R34’s power.