Best Ways to Claim While Under Third-Party Car Insurance

If you’ve been in a car accident that wasn’t your fault, you may be able to file a third-party car insurance claim with the other driver’s insurance company or your own insurer. You can also benefit from third-party insurance if your vehicle was to blame for an accident that caused injuries, vehicular damages, or damage to property.

Nonetheless, claiming compensation under third-party motor insurance can be complex. And sometimes, a lengthy process that often involves settling the matter in court. This makes it important to understand the steps involved and the options available to you.

Read on to discover the best ways to make an accident claim while under third-party car insurance.

What is Third-Party Car Insurance – and What Does It Cover?

Simply defined, third-party car insurance refers to a policy that protects an insured customer as well as their insurance provider from claims from another (third) party. The policy usually comes in two main categories, these being:

If you carry third-party insurance for your car, your policy may absolve you from blame if another driver is responsible for causing damage to your car in a crash.

Depending on what’s stipulated in the policy document, a third-party car insurance policy may cover bodily injuries and associated costs, including medical bills, hospital care, lost income, pain, and suffering that the injured (or yourself) might have suffered from the accident. It may also cover property damage or loss as a result of the accident.

To better understand how third-party insurance works, it’s best to look at scenarios in which the policy kicks in.

If Your Vehicle Causes The Damages

If your vehicle causes damage to another person’s property or vehicle in an accident. Third-party insurance can help cover the financial repercussions on your behalf. Thus easing your financial burden. However, you will typically have to undergo an insurance claims process, starting preferably as soon as possible after the crash.

Below are some guiding points on how to go about filing a third-party car insurance claim if your vehicle caused damage.

For minor losses and damages, it’s always a great idea to attempt to settle the matter out of court. This helps avoid the lengthy and time-consuming process.

When a Third Party Is to Blame

If you’ve suffered bodily harm, your vehicle, or your property has been damaged by someone else after an accident, you may also benefit from a third-party car insurance claim. To do so, you will also have to start by filing a police report and acquiring a charge sheet. This usually contains the details surrounding the accident, the time, the other driver’s information, and more. You will also need to:

Get In Touch With an Accident Lawyer

Whether you’re on the receiving end or you’re to blame for the accident. It is important to have your rights well represented in front of the tribunal adjudicators. If the other driver is to blame for the damages, having a good accident lawyer is one of the best things you can do to maximize your compensation.

As earlier iterated, car accident proceedings can be lengthy, especially if there are complexities involved. Most importantly, third-party car insurance cases don’t come cheap. Especially if you’ve been injured, the aftermath can be overly taxing financially. As explained in a piece on how much to expect from an accident settlement, you may have medical bills to pay, a vehicle to repair, and attorney fees to think about. This is not to mention the possibility of lost wages, pain, and suffering.

The first step is to contact the other driver’s insurance company and let them know that you’d like to file a claim. You’ll need to provide them with some basic information, such as your name, contact information, and the date and time of the accident.

Once the insurance company has this information, they’ll open an investigation into the accident. This will usually involve getting a statement from you about what happened and collecting any evidence that’s available, such as police reports and witness statements.

After the insurance company has collected all of the relevant information. They’ll make a determination about whether or not the other driver is at fault. If they determine that the other driver is indeed at fault, they’ll begin the process of reimbursing you for your damages.

This process can sometimes be lengthy, so it’s important to be patient. In the meantime, be sure to keep track of any expenses you incur as a result of the accident, such as medical bills, repair

Filing a Claim with Your Own Insurance Company

Claiming accident compensation under third-party car insurance can be a daunting task. However, it gets incredibly easier if you know how to approach it. Thankfully, you now have a few tips to guide you through and help you determine the best approach to take.

What is the Use of Neutral Gear in an Automatic Transmission Car?
Driving Tips 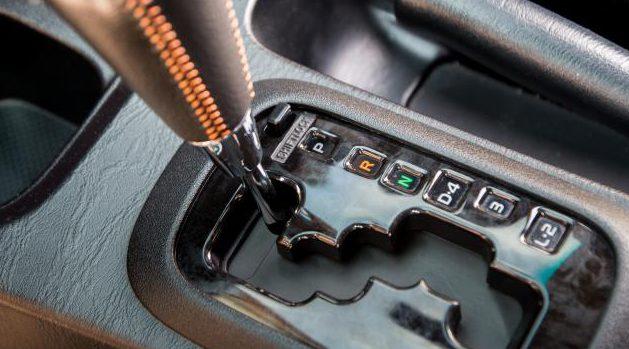 What are the Functions of Low Gear in Automatic Transmission?
Driving Tips