What is The Relation of CC and Horsepower in Automobile Engine?

The ‘Cubic Capacity’ measured in Cubic Centimeters (CC) signifies the swept volume of the engine as a whole – all cylinders incorporated. It is commonly termed as the displacement of the motor measured in cubic centimeters. Whereas, horsepower (HP) is a unit of measurement of power (measured in kilowatts) and usually regarded as peak power. It indicates the maximum power that an engine can put out. But, what’s the relation between the two? Is cc directly or indirectly related to horsepower? Let’s explore further how actually the cc and horsepower are correlated to one another, does higher CC mean more power or how to convert CC to HP.

Relation Between CC and Horsepower of Automobile Engine

What Is Cubic Capacity (CC)?

It is normal if you do not know what does CC mean in car engine. CC (= cubic centimeter) is a generic measurement of displacement. It refers to the amount of air and fuel that can be pushed through the cylinders in the engine. In most cases, the general rule is the bigger the capacity, the more powerful it tends to be. For example, if a 3 cylinder engine has a rated capacity of 300 cc, it means that each cylinder of the engine can suck in 100 cc of fuel-air mixture to burn and compress.

On the other hand, horsepower is the output of the engine. Horsepower is a unit of measurement of power, or the rate at which work is done. The higher the HP is, the more power is sent to the wheels and, in theory, the faster it will go. In reality, there are other elements such as the weight of the car that will also affect a car’s outright speed. So, if an engine possesses 100 HP, it means 100 horsepower of mechanical power is available when the engine is operating.

The Relation between CC and HP

In general, the relationship between CC and horsepower is complex and difficult to tell since it depends on many factors. CC and Horsepower are definitely not the same but there is a general correlation between the two. For example, a 1,800cc, oversquare, 4 valve, high compression ratio, fuel injected, titanium rods, with max 5,000 RPM Corolla can produce in excess of 125 HP. On the contrary, a less arresting engine, with a displacement of 2,000 cc will likely produce the same or even less HP. The explicit output of an engine depends on a huge number of design decisions.

Countless factors have an effect on an engine’s output. These factors include max RPM, number of valves, oversquare or undersquare, air/fuel ratio, compression ratio, air induction, efficiency etc. And not only that, they are all interrelated so altering one factor might change one or more factors. To attain complete information about all the factors, you may refer to the car industry knowledge by the professionals.

Let’s suppose we increase a cylinder’s diameter. It would seem simple but it’s not. Because increasing the cylinder’s bore diameter may just mean requiring a new cylinder sleeve or removing a bit of metal. A larger cylinder may have repercussions about the size of exhaust valves and intake valves: do they need to be larger to let out the extra combustion by-products or to supply extra intake charge? Do they require a different time (opened for longer, or opened sooner/later or closed sooner/later, etc.)?

A larger cylinder means a heavier piston, which will affect how fast the piston can go up and down. An engine either makes more power by burning more fuel and air per combustion cycle or does so by having more combustion cycles for a given period. And, all that is just taking into account only the cylinder and the piston. We are not considering other things that affect output.

So, it’s true that there is a small correlation between cc and horsepower. Normally, a larger displacement engine will put out more horsepower than a smaller one, depending on many factors. We can say that more cc == more horsepower/more output.

The Difference Between CC and HP

1. Definition of HP vs CC

CC provides the information about the size of the engine. It identifies how large and heavy the engine is, also explains its dynamic response depending on the materials integrated in the moving parts. It is considered as the pumping capacity of the engine.

2. The measurement units of horsepower vs CC

3. Calculation of the CC vs horsepower

Horsepower is determined by multiplying the torque by the engine speed then dividing by 5252.

The CC on the other hand is determined by the total volume of the chambers. The volume is obtained from the diameter of the cylinders, the distance the piston travels as well as the number of the cylinders of the engine.

Horsepower depends on the engine’s design and tuning, engine capacity and size, type of fuel that is used, number of valves, valves’ timing, air change method, fuel delivery method and so on.

CC however depends on the engine’s design, bore, number of chambers.

How To Convert CC to HP

Let’s talk about horsepower to cc conversion. Let us remind you again, the relationship between CC and horsepower is complex and depends on many factors. Firstly, CC is a measure of engine size while HP is a measure of how much power it produces. Moreover, a larger engine will produce more power but the ratio is not uniform across all the engines. It depends on how well-turned the engine is, as well as the type of fuel it uses. We are now introducing to you  how many cc equal 1 horsepower or in other word, how to convert CC to HP.

So the horsepower falls somewhere in the range which is established by the previous calculation. So the HP 1.8 – liter engine above is somewhere among the range 106 – 120.

This method above gives you a certain number range, not exactly one number of the HP. There is another method that is more detailed and used only for small four cycle engines.

A four cycle engine rated at 123 CC will produce approximately 4 HP. A four cycle engine produces power only on the two cycles of the four revolutions. So it is believed that every 32.2 CC, there is 1 HP produced. For example, 1.8 – liter four engines or 1800 CC in equal can produce 1800 : 32,5 = 55,38 HP. Keep in mind that this method is used only for small four engines-car.

The relationship between CC and HP is kind of complex but still has a strong connection. There are some ways to convert from CC to HP and vice versa which you can use to estimate with your car. Do not forget to check out our maintenance tips for better understanding your car and learn more about fixing car’s problems. 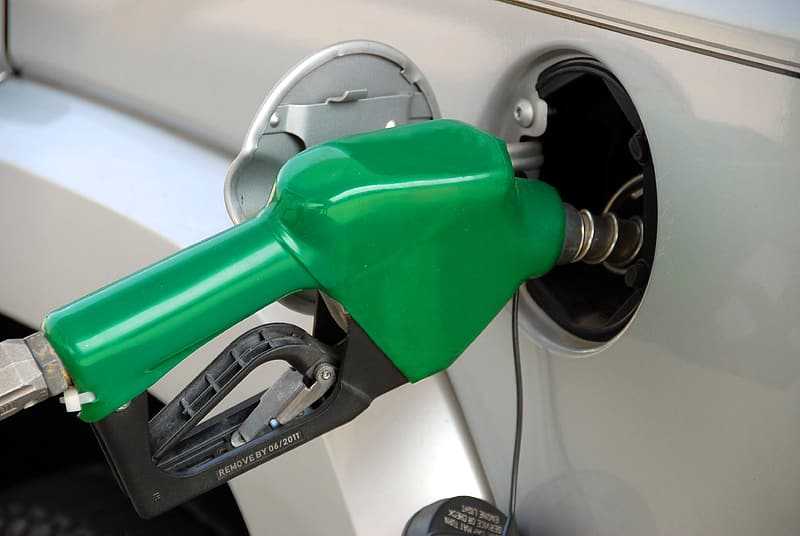 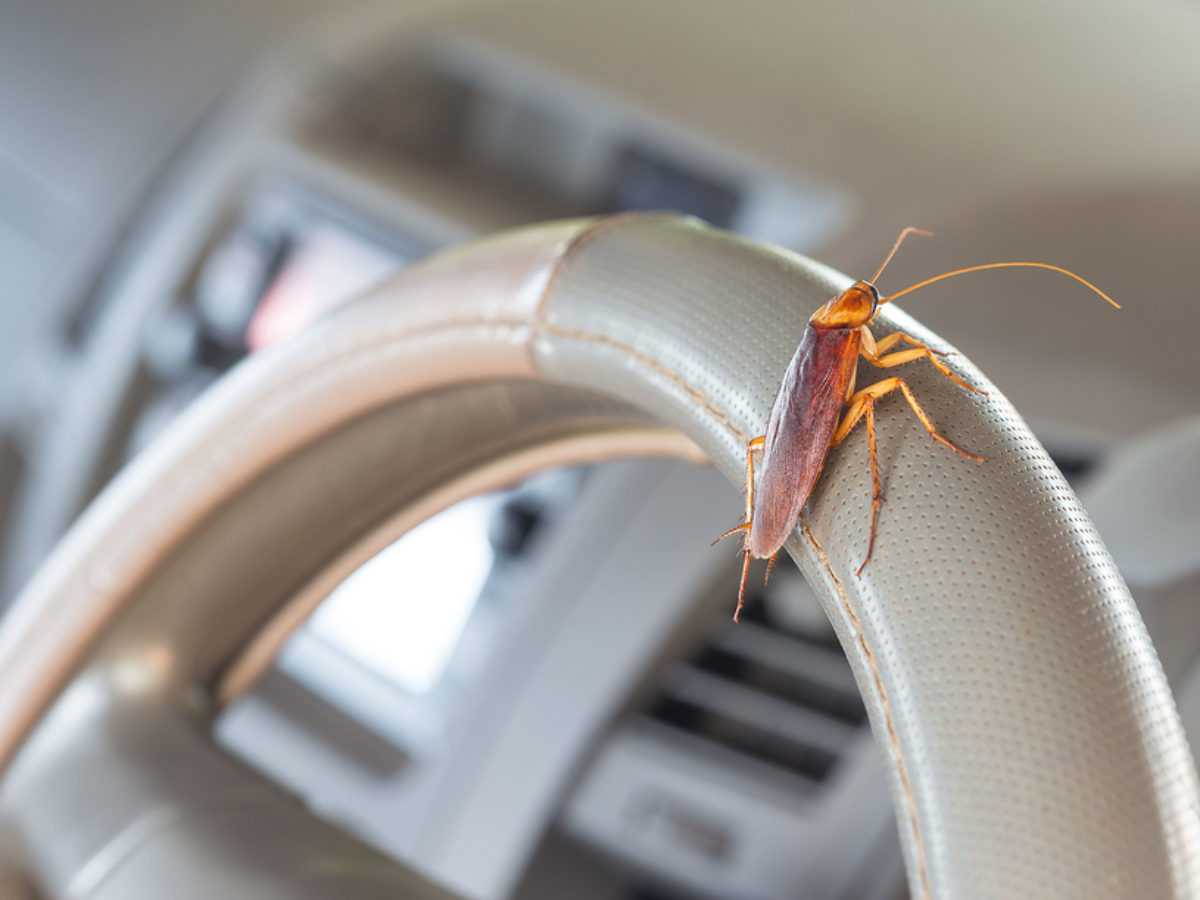 How to Get Rid of Roaches in Your Car
Maintenance Tips