To many car users, Toyota is the other name of reliability and comfort. When it comes to Toyota we think of a vehicle that will stay in good condition even after crossing the 100,000 km mark. In its Toyota Land Cruiser Prado, the manufacturer has blended luxury with complex styling, a never seen before phenomenon. Until the launch of Toyota Land Cruiser Prado, Volkswagen and BMW dominated the market for that type of cars. But, this landmark model made it clear that Toyota prevails, no matter how challenging the task is. 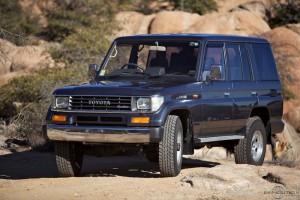 Toyota started the production of the Toyota Land Cruiser Prado in 1984. This model was envisioned as a replacement for the then existing LJ71G, Land Cruiser aka Land Cruiser Wagon. Though a good car, it missed on many features. Moreover, it was a big car. So, the automaker added the Prado as a smaller and more comfortable option to their Land Cruiser lineup. Soon after its release, the car earned popularity. In North America, it was marketed as the Toyota 4Runner, with an enhanced luxurious trim package.

In April, 1990, the first generation of this model had been available in the Japanese market. At the beginning it has the same chassis designation as the J70, its predecessor. Because of this characteristic, commoners felt a little bit puzzled. At the same time, Toyota kept marketing the original J70 worldwide. So, the Prado remained a Japan only brand for a while.

The first generation of Toyota Prado however had some improved features like bonnet, fenders, and redesigned front grille. And the headlamp design in the Prado was completely different than its predecessors in the same lineup. Through this vehicle, Toyota tried to assign the on-road friendly label to the Land Cruiser line, previously known as more of a rugged off-road vehicle. 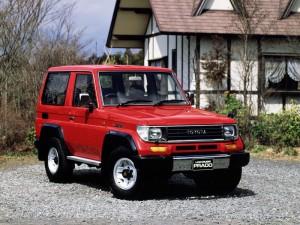 The body-on-frame built still remained a feature of the first generation Prado. That indeed kept its off-road ability unscratched. The standard 2446cc turbo-diesel used in its predecessor was also a match for it. The engine had 240 N-m of torque and 95bhp. The four-speed automatic transmission along with electronic fuel injection feature was quite unique. Additional shock absorber spring made it a more on-road friendly car. The driver could easily select the shock absorption level only with a click.

To change the engine to 2693cc 3RZ-FE petrol engine, the manufacturer overhauled the engine offerings. The other extended features included a 2982cc 1KZ-T turbo-diesel featuring aluminum cylinder heads and a 2776cc 3L diesel. These developments took place in 1993, and reduced carbon emission.

In May, 1996, Toyota came up with the second generation Prado. It carried a J90 designation, making it easily distinguishable from its previous generation. Also, from then the Prado effectively became a separate line from the Land Cruiser series.

Two versions of the Prado were available at this point: five-door long wheelbase and three-door short wheelbase. In one way or another, both of them are medium-duty trucks. Also in both versions, features like independent front suspension system, incorporating four-linked suspension and wishbone, are available. Another important inclusion was the Field Monitor system which displays temperature, atmospheric pressure, and altitude. Owners of this vehicle could also have audio and television set attached. 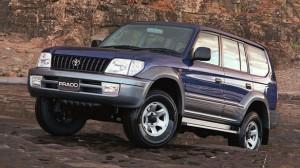 Toyota brought many changes to the second generation vehicles to make them compatible with new laws. Some of the changes were like bumper-mounted fog lamps.

While the second generation Prados were still dominating the roads, Toyota came up with the third generation line. The Japanese automobile giant this time gave special importance to the front suspension in order to give the drivers a more car like experience. The whole body was also restyled.

Back on 2002, Toyota released the LA-RZJ120W vehicles. In addition to a much improved engine mechanism it had full-fledged 4WD, which gave a great benefit in terms of fuel efficiency. This change was partially due to the instructions by the government. By 2004, many other changes were implemented to meet government imposed guidelines. The engine immobilizer became standard equipment in different countries across the world. 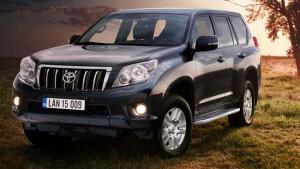 This generation of Prado also uses the wheelbase version. The exact model code for this version is J125. This model earned huge popularity among drivers. The maximum passenger capability in this version is five. Leaving alone the 1KZ-TE engine, it has had almost the same feature as the larger Prado.

Car enthusiasts around the globe welcomed the fourth / present generation Toyota Prado in 2009. The fourth generation vehicles are available with five or three doors option. The 4WD used in it is much more advanced than any time before. The multi-terrain selection switch changed the idea of driving, if not completely but at least partially. It incorporated six different cameras in six separate positions. 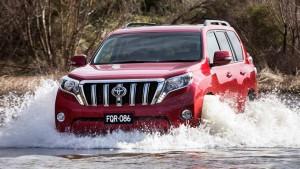 The engine in this version is not so different from the third generation Prado. It used a 2693cc petrol engine. For the five-speed automatic transmission Toyota changed gear ratio and other components to make the vehicles even more fuel efficient. Some of the models from this generation are: Model code CBA-GRJ150W, CBA- TRJ150W, LDA-GDJ150W, and 2693cc Petrol (2TR-FE).