For all Chevrolet fans, the 2016 Chevrolet Cruze has come as a relief after a long wait. The car is competing in a market where almost all manufacturers are vying for their share of the pie, releasing new economy models. Japanese carmakers, especially Honda Civic, have claimed perhaps the biggest share in this market. Chevrolet opted for the Cruze to flaunt its unique design prowess. So, can it be a better rival for the Honda Civic? Keep reading to learn more.

As soon as we take the performance statistics of the Cruze, we get a grasp of its uniqueness. The car comes with a 1.4-litre turbocharger engine, smaller than its opponent’s 2.0-litre capacity. For the same reason, the Cruze falls behind the Civic with 153 horsepower; the Honda Civic boasts a 158 horsepower engine. But, in terms of torque the Chevy is far more ahead than its Japanese counterpart with 177 pound-feet torque; whereas the Civic has only 138. The 6-speed automatic transmission makes the Cruze a great car to drive with quick acceleration. The Honda Civic however lost edge because of more efficiency oriented variable transmission.

Chevrolet lefts no vacuum when it’s time to work on the interior. This is where the Chevrolet Cruze has another edge over the Honda Civic. For the same reason it has become a ‘not only limited to North America’ car. The car’s interior with an aesthetics touch gives it a posh look, only to be found in more luxurious series by the same manufacturer, like the Impala line. Honda over the years gave special importance to get off its budget car only status with improvement in interior design; but the Civic is yet to reach the level of the Cruze. 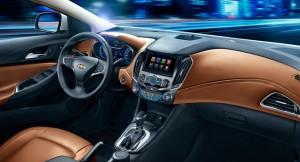 Like any other cars in the market, safety was a major concern while developing both cars. And, both manufacturers have implemented cutting-edge technology to that end. Features like Stability and Traction control, and four-wheel disk brake are available in both cars. The manufacturers didn’t forget to use technologies like blind spot detection, lane departure warning, and collision alert. To avoid mishaps during parking, the Cruze is equipped with additional parking assist feature. 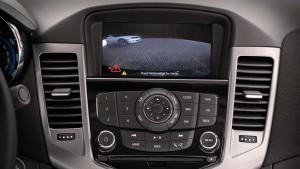 Before the arrival of 2016 Chevrolet Cruze, the market for compact car seemed somewhat like a monopoly for the Honda Cruze. But, with a unique approach the Cruze has been able to ensure safety, luxury, comfort, and good performance at the same time. This is remarkable since we often find these features altogether in larger cars, only.

3 Easy Ways To Wax Your Car