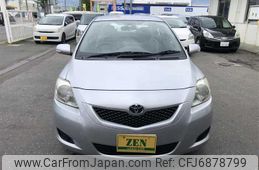 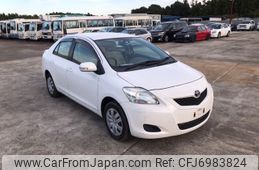 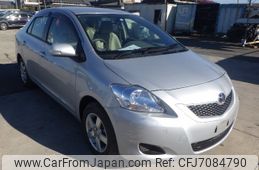 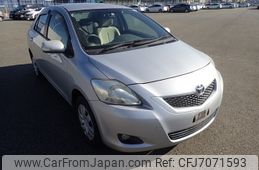 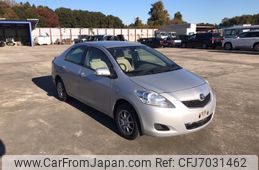 Toyota Belta (also known as Toyota Vios in Asian markets and Toyota Yaris in Australian and North America markets) is a subcompact sedan manufactured by Toyota. The car went on sale at the end of 2005 and was well-known as a successor to the Toyota Platz sedan.

The Belta was built as a “stylish, compact saloon” with a big focus on its beauty of texture of interior and exterior design. Therefore, this lovely car is very suitable for small families. In this review, we take a closer look at every spec of the car in a detailed way. So if you are interested in the Belta too, let’s check it out!

The Toyota Belta and the Vitz share underpinnings with each other including the platform and drivetrain. One of the differences between the two cars is that the Belta was designed at Toyota’s Japanese design studios whereas the Vitz was designed at Toyota’s French design studios - design projects for similar cars marketed toward different markets.

The Belta is the only subcompact sedan that is designed, produced and sold in Japan. And it has no direct competitors in Japan.

The exterior design of the car is pretty attractive and stylish with nice headlights and alloy wheel. Color options include: white, silver, black, green, blue, yellow and red.

Get into the car, you can easily find out the reason why many people bought this car. The Belta has enough space for 4 adults to sit comfortably. Both the front seats and rear seats are made of high-quality materials and are very supportive for the driver and passengers. The rear seat row can be folded to give more space for cargo. Therefore, the trunk of the car can carry up to 5 golf bags.

The dashboard of the Toyota Belta is very elegant. The meter is placed in the center, that is commonly used for compact cars made by Toyota.

Thanks to the specs above, every customer is very satisfied with the Belta’s performance and handling.

The car comes with various standard safety features including front seatbelt pretensioners, airbags, and head restraints for all seating positions. ABS, side curtain airbags and Side-impact airbags are optional on 2007 - 2008 models. Beginning in 2009, anti-lock brakes along with front seat-mounted torso side airbags and front and rear row side curtain airbags became standard. In 2010, the car received stability control as a standard feature.

According to the US insurance Institute of Highway Safety, the Toyota Belta got a “Good” overall safety score. So it can ensure the safety of passengers in the event of a collision from any direction.

The production of the Japanese Belta ceased in June 2012. The car was replaced by the narrow-body E160 Corolla in JDM.

As the production of the Toyota Belta ended in 2012 so now if you want to buy a toyota belta for sale, you have to buy a used one. On used car market, the price of a used Toyota Belta is varying from $2000 to $7000 depending upon condition, model and mileage. When buying a used toyota belta, you can base on this price range to pick a car suitable for your needs.