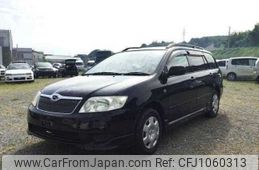 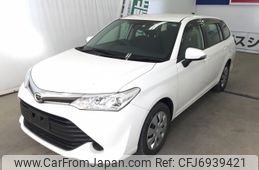 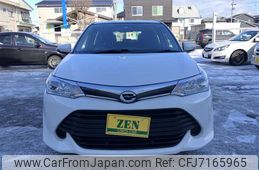 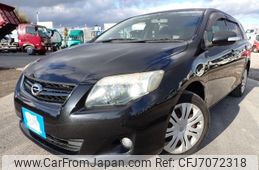 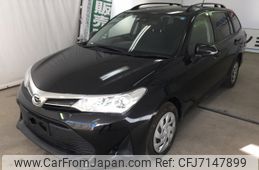 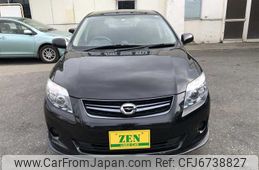 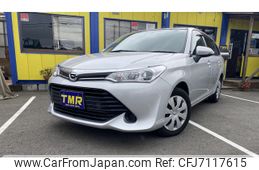 Toyota Corolla Fielder is the station wagon version of the E160 sold in Japan, Singapore, Macau, Hong Kong, and Sri Lanka. Its sedan version is known as Corolla Axio. Despite being a station wagon, the Fielder is treated as a compact car due to its surprisingly more sophisticated looks than other cars in this category. If you are mulling over the idea of going for a Toyota Corolla Fielder for sale, this review will be the perfect guideline.

The Overview Of Toyota Corolla Fielder

The first generation lasted from 2000 to 2006. They were available in 5-speed manual, 6-speed manual, and 4-speed automatic variations. The car received a major facelift in April 2004 and minor changes throughout the years.

Toyota launched the second-gen vehicles in October 2006 with some exterior and interior design changes. All the versions had a CVT except for the 1,496cc 110-horsepower engine, which runs on a 5-speed manual. They received minor makeups throughout the years before the 2012 launching of the third gen with a full model makeover.

The third-gen cars received facelifts in 2015 and 2017. They also have CVT for the transmission but the 1,496cc 109-horsepower engine pairs up with a 5-speed manual.

Toyota Corolla Fielder Review: Is It A Practical Choice?

Read our take on the interior features, specs, and fuel economy to decide whether buying a Toyota Corolla Fielder will be the right decision. Don't forget to read more of our car review to have good comparison with this car

The Fielder started its journey as a basic car that was meant for function, not for styling. Nevertheless, the station wagon went through major makeovers for a couple of times, evolving into a paragon of affordable styling. The versatile wagon is suitable for both urban driving and long-distance trips.

The car is a 5-seater station wagon featuring a number of useful, practical options. It dons a moderate styling but the models manufacturing from 2010 have an attractive sporting look.

The station wagon offers several storage options including door pockets, a small compartment behind the gear shift, and the glove box. There are features like adjustable front seats, climate control options, and radio. A 2008 and later year model has some advanced features like automatic retractable mirrors, power windows, and leather upholstery in higher trims.

The cars also have better safety features along with the new exterior look. In fact, the Fielder was the first car where Toyota introduced the Toyota Safety Sense C as a maker option.

Features like stable braking, ABS system, vehicle stability, and a couple of others come as standard. The hybrid model has active head restraints, a set of 6 airbags, and a device system that tightens the front seat in the event of an accident.

The higher trims have some bells and whistles that the basic models don’t have. These add-ons include direction indicators in the side mirrors, dimming the rear-view mirror, gas-discharge headlights, automatic control of the headlights, and more.

The first-gen cars have a 2,184cc (79 horsepower) diesel engine version along with five different gas engine models. The most powerful one among them is a 1,795cc engine (190 horsepower).

The hybrid version runs on a 1.5L hybrid engine, which is almost similar to the one in Toyota Prius C.

The fuel economy of Toyota Corolla Fielder depends on the engine type. The one that you commonly see in the streets is the 1.5l/1497cc engine that consumes nearly 15 km/liter. The 1800cc edition consumes a little bit more.

With a 42-liter tank capacity and electronic fuel injection (EFI) fuel system, the best fuel economy you can get from a Fielder is 16 km/liter. The hybrid version is better in terms of fuel efficiency - 3.03 L/100 km.

The highest speed a Fielder can offer is nearly 180 km/hour. The drivetrain varies from RWD to 4WD, and there are some AWD variations too. Some earlier models have manual transmission but the later ones are automatic.

Purchasing a used Fielder is a practical decision considering Toyota’s brand value and the performance of this particular model. A brand new car is available between $21,000 and $26,000. However, a used one can be lower than $10,000.

The Toyota Corolla Fielder definitely makes the cut if you are looking for a station wagon with distinct styling and reliable performance. Due to its popularity in Asian and African countries along with some parts in Australia, the car has good resale value and spare parts are also available if necessary. Whether it is a used Toyota Corolla Fielder or a new one, it will offer a good value for money.