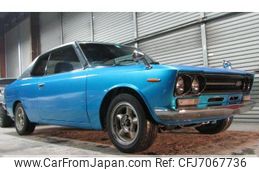 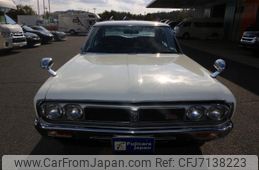 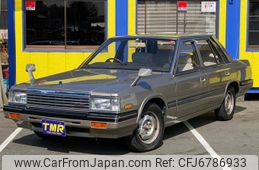 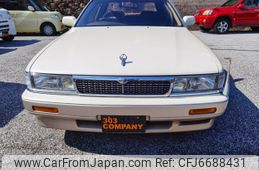 Nissan Laurel is a sedan with a front engine, two doors and four doors. It was introduced in 1968 and experienced through eight times improvements. The development of this car was said that it will fill the gap between the Bluebird and the Cedric. If you have considered a Nissan Laurel for sale, you definitely love this detailed review below.

History Of The Nissan Laurel

Nissan Tsurumi R&D Division developed the Nissan Laurel for the first time. Since it was released, all the generations of Laurel have been produced in Japan.

The first generation Laurel was debuted in April 1968. They were four-door deLuxe and Super deLuxe along with a 1.8 L inline-four engine and independent rear suspension, based on G15 engine of Prince Motor. After two years, two-door hardtop version was added to the lineup, as a junior version of the all-new Nissan Cedric.

The second-generation Laurel (C130) appeared in April 1972. The sophisticated styling proved very popular. Instead of G18 and G20, the engine of Laurel was switched to 2-liter L20 engine starting from this model. After one year, the 2.6 liter (L26) version was also included in the lineup.

The third-generation Laurel (C230) appeared in January 1977. Safety, low emissions and low consumption concentration was the design concept of this model. Its different feature was its styling, with its well-rounded body lines and large central grille. A new four-door hardtop version was also launched. The C231 was launched in the end of 1980 and conformed to 1978 exhaust emission regulations.

Being introduced in November in 1980, the C31 model was the first time model which was available in four-door form, either as sedan or hardtop. C31 has many types of engines ranging from 1.8-liter, 2.0-liter, 2.4-liter L24 gasoline and 2.8-liter diesel.

In October 1984, the C32 was launched. Its development concept of the fifth generation was said to be a “luxurious personal saloon which pampers the senses”. It featured a wealth of advanced technology, such as Japan’s first headlight levelizer and swing-up tilt steering wheel with memory function starting with the world’s first electric and colored door mirrors (auto reflex). This model was the last model to be sold outside Japan. In Europe, the Nissan Maxima which was not available as a diesel and had a sportier, more luxurious air replaced the Laurel.

In December 1988, the C33 Laurel was announced. After a month, the C33 went on sale, originally only available as a hardtop four-door.

The seventh generation Laurel was not available in hardtop sedan configuration. Its single body type offered was the regular saloon with B-post. Laurel’s engines included a 2.0 L six (SOHC or DOHC), a 2.5 L DOHC six and a 2.8 L diesel six.

The eighth and last generation was released in June, 1997. The quantities of available models was further reduced; the models had a DOHC two-liter engine, a 2.5 L six or a 2.8 L diesel six. Laurel production finished in late 2002. The manual transmission finally disappeared in this generation.

In this review, we will focus on the sixth generation Laurel (C33) because from our experience, this model has the most changes and improvements.

In the same segment, the Cresta and new Honda Inspire were the competitors of the Toyota. The C33 was evaluated modestly higher as a larger luxury sedan because its exterior dimensions matched with the Nissan Cedric and Nissan Gloria that were exclusive to separate Japanese Nissan dealerships. The sixth generation still remained the junior sedan to the Nissan flagship Nissan President which was all new in 1989 and remained exclusive to Japanese dealership Nissan Motor Store locations.

While a bold-looking front-mask and character lines running down the sides created an impression of refinement, its distinctive styling combined strong flat surfaces with curves in a mature form.

A choice of 6-cylinder in-line engines was available. Nissan’s advanced technologies were used to great impact, as demonstrated by the DUET_EA (engine-transmission integrated control) system to accelerate smoothly. The multi-link rear suspension also was improved to provide both improved control and greater ride comfort and the HICAS-II, a 4-wheel steering system for greater driving versatility.

Besides, the "Club L" and the "Club S" versions of the top-of-the-line Medalist model were equipped with an 8-way driver's power seat, leather-wrapped steering wheel, genuine leather seats and genuine wood-grained instrument cluster as standard.

In January 1991, the Laurel was facelifted and a new RB20E/RB20DE-powered 5-speed AT model crept into the range. Also in November that year, 3-series cars RB25DE Catalogue DOHC2.5L add a grade-six-cylinder engine. The 2.5L models had previous generations high mount side lamp and side door airbags.

In August 1999, minor change was conducted in the last model. In March 2001, the Laurel was stopped to produce at the Murayama Plant and transferred to production facilities Tochigi plant.

Price Of A Nissan Laurel For Sale

In general, the used Nissan Laurel for sale has price range from $4003 to $104,239 depending on dimensions, mileage or other aspects.

In the North American market, the Laurel was only sold in parts of the Caribbean, primarily the Bahamas under the Nissan Laurel Altima. However, the Altima name was used the first time in the United States & Canada starting from the 1993 model year for its new compact car, which has since become a mid-size in 2002.

In August 2002 the existence of Laurel ended. After one year, it was replaced by Nissan Teana.

To sum up, although Nissan Laurel wasn’t produced from 2002, the old models still are sold in the auto market because of their reasonable prices and good specifications. If you don’t know where to buy a Nissan Laurel for sale with good quality and attractive price, you should give a chance for Car From Japan, then I bet you will not disappoint.