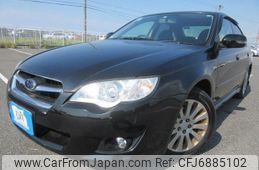 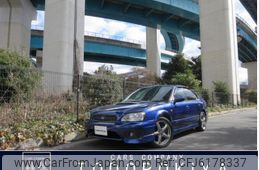 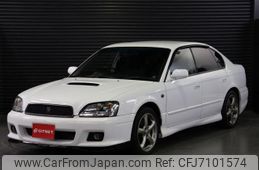 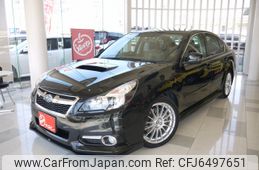 If you are seeking a suitable car for your family that has fully outfitted with good quality accessories then Subaru Legacy B4 is the best option that you should consider to purchase. According to the experts from Car From Japan, this is one of the most powerful cars of Subaru. As far as our research goes, this vehicle has also gained extreme popularity in automobile markets due to Subaru Legacy B4 specs.

Subaru Legacy B4: Subaru’s Sporting Flagship Model, For Family Use

This Subaru Legacy B4 is the Japanese firm’s rival to the Audi S4. And it’s based on the new-from-the-ground-up Legacy that was activated at New York Motor Show. The new Legacy is bigger than the car it replaces, to ensure that it offers as much cabin space as its rivals. And whether you like the new look or not, there’s no doubt that the hot B4 model’s gruffly 2.5-litre turbocharged flat four is a gem, especially now power is up from 256hp to 281hp.

The exterior feature is very important for any type of car because it enhance the beauty of the car. The last Subaru Legacy was no oil painting, but it had a sort of underlying charm that suited its surprising turn of pace. But this new Legacy’s new look makes me wonder what on earth Subaru is doing design-wise, as it features the fugly Impreza and confused-looking Forester. Admittedly since some of the Legacy’s look is down to new crash regs, the bonnet has to be 100mm higher than before. However that doesn’t really excuse the Legacy’s plain front end, especially as this is supposed to be the Subaru’s sporting flagship model. The rally-inspired bonnet scoop and twin exhausts would be more appealing though.

Subaru interiors are generally well built but rarely come with any sort of design finesse. And while the look of the Legacy’s innards isn’t that inspiring, the quality of the soft leather and aluminium-style inserts is definite a step ahead for Subaru. An Audi driver might feel like they’ve been downgraded a class, but the overall feel isn’t bad. The interior of Subaru Legacy B4 is luxurious and spacious. The car has the capacity of five people. It is fully equipped with high quality leather seats which are very comfortable and provide you a smooth and contented drive.

Under the bonnet, the Subaru Legacy B4 is powered by a revamped 2.5-litre turbocharged flat-four-cylinder boxer engine. This monster produces 281bhp at 6,000rpm – up from 256bhp – while torque rises 7Nm to 350Nm between 2,000rpm and 5,600rpm. Plus, as the turbo sits closer to the exhaust manifold, it’s more responsive and suffers less lag.  Subaru’s SI Drive system offers owners a choice of three throttle response settings via a dial on the centre console. Yet even in the softest mode, the engine keeps perfoming very muscular. It powers the car from 0-60mph in only five seconds, and produces a characterful warbling sound.

In-gear response is indeed impressive, and while we would still prefer the six-speed manual version, the automatic box shifts smoothly. Drivers can also swift up or down using the polished aluminium paddles on the steering wheel. As ever, though, the engine is let down by its low fuel economy and high CO2 output. However, to offset this, buyers can opt for a diesel.

The reason why the Legacy has garnered a small but incredible loyal followers is because of the way it drives. The four-wheel-drive system ensures effortlessly surefooted progress, supported by a new rear suspension setup. Just like in the Impreza, there isn’t much life to the steering, but once you gain confidence, the Legacy will just go where you aim it.

And it’ll get you there pretty damn quickly by the way. The engine is a revised from the previous car’s 2.5-litre unit, but it has an improved manifold, which allows the turbo to be closer to the exhaust and thus suffers less lag than before. Stick the SI Drive throttle map to its most aggressive setting and Subaru’s claim of 0-62mph in five seconds seems very trustable. It’s not just quick in a straight line either – the Legacy’s agility is impressive for a relatively large car.

If you’re in the market for a rapid saloon, it’s likely that you’ll be wooed by the Audi S4’s mix of pace, refinement and absolute quality. But while the Subaru Legacy B4 has its downsides, and is beaten on paper by the Audi, the Subaru is a very worthwhile all-round package. It’s driver focus, proven history of bombproof mechanicals and characterful engine make it a appealing, if leftfield, contender.