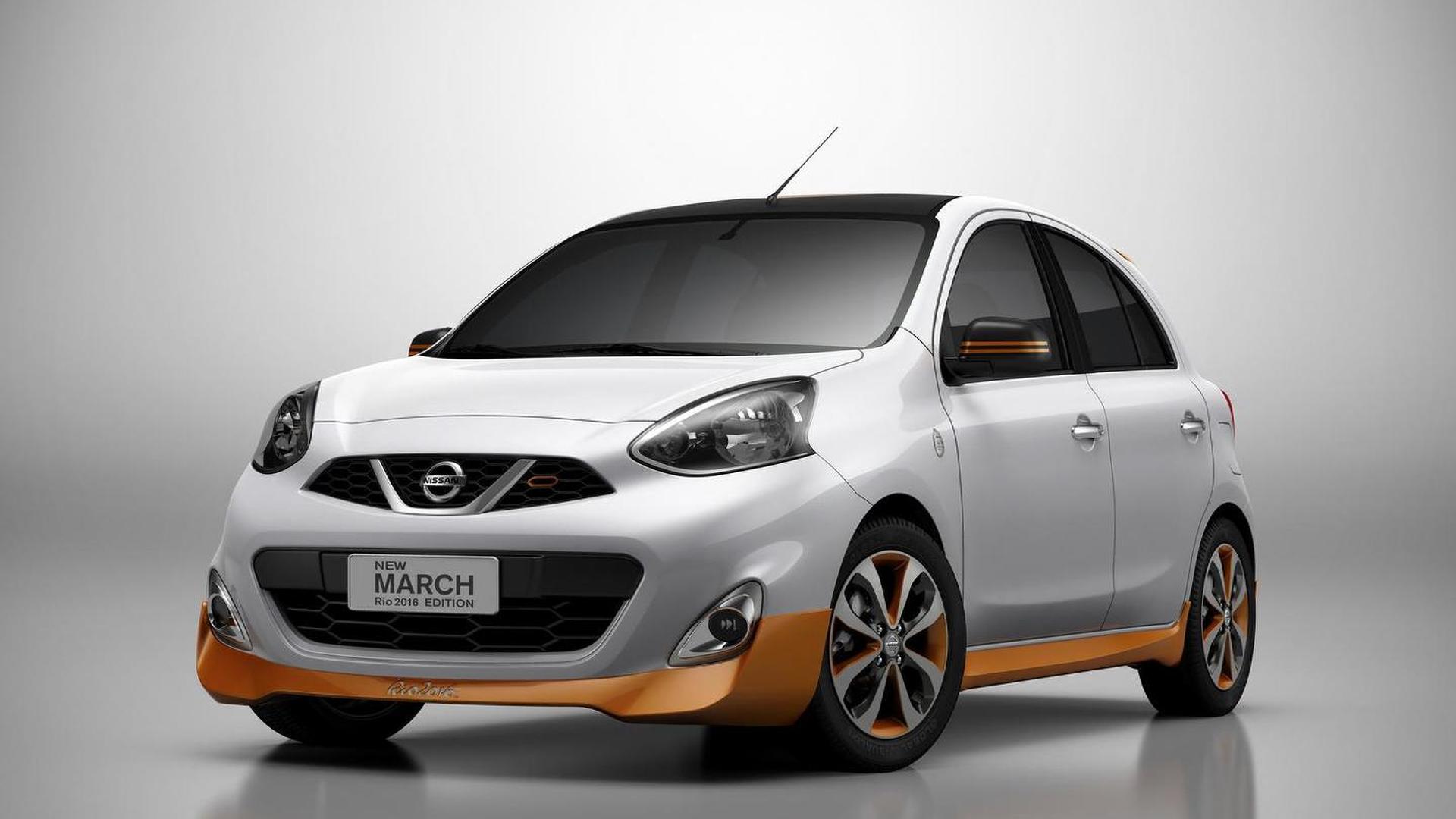 Should you buy Nissan March?

Talking about market success, Nissan March was a big hit worldwide, sold in more than 160 countries, such as Thailand from March 2010, India from July 2010, Europe from November 2010, and Indonesia from December 2010 and in Canada after the spring of 2014.

Nissan March: A Little Big Hit On The Road

Nissan March has an impression of a city car, with a 1.2 litre engine, delivering 18 km to a litre of gas. It is expected to be fuel efficient to wander around in narrow streets of an old city or small towns and for daily commute. However if necessary, Nissan March can really roll well on highways for family weekend picnic trips, especially with a version of 1.5 litre engine offering more power. Overall, Nissan March is quite easy to get the hang of driving for drivers of all experience thanks to all-round visibility and absolute maneuverability around any tight circle. The steering feel is light and responsive, suspension is firm enough, thus comfortable for most tastes.

Given its inferior engine performance, there’s no shame in being seen in the Nissan Micra K13. No other car is so perfect for daily use and suit all tight budgets. There are major good points to be weighed up against buyers’ purchase hesitance: fuel economy, space and price. A new Nissan March price range from $13000 to $19000, dependent on variants.

Here are some general key opinions over the Nissan March:

As a whole, the look of Nissan March appeals to a unisex crowd, yet look stylish and elegant enough to face the tough competition with other cars of the same class. It is compact and kind of cute to most tastes, especially both youth market and young-at-heart baby boomers.

The front view features a pair of headlights whose position is on the bonnet rather than right in the front. Beside one/two small grilles with a Nissan logo between two headlights, a big grille of rectangular shape on the position of front bumper place really gives out a classic face of a car.

On the side view, the Nissan March looks like a tallish pod with front and rear view sloping away vastly. Side sills on the doors seem simple enough but really do the job of avoiding the boring feel of every car door on the street.

Front and side view look decent.

To our surprise, two tail lights look intelligently designed enough, and mount on two sides of the boot, next to the boot opener. Under the tail lights, on the rear bumper, two short sills give an interesting feel to look at when driving behind. Rear view of the Nissan March is also the boot opener, with a screen wiper on it. 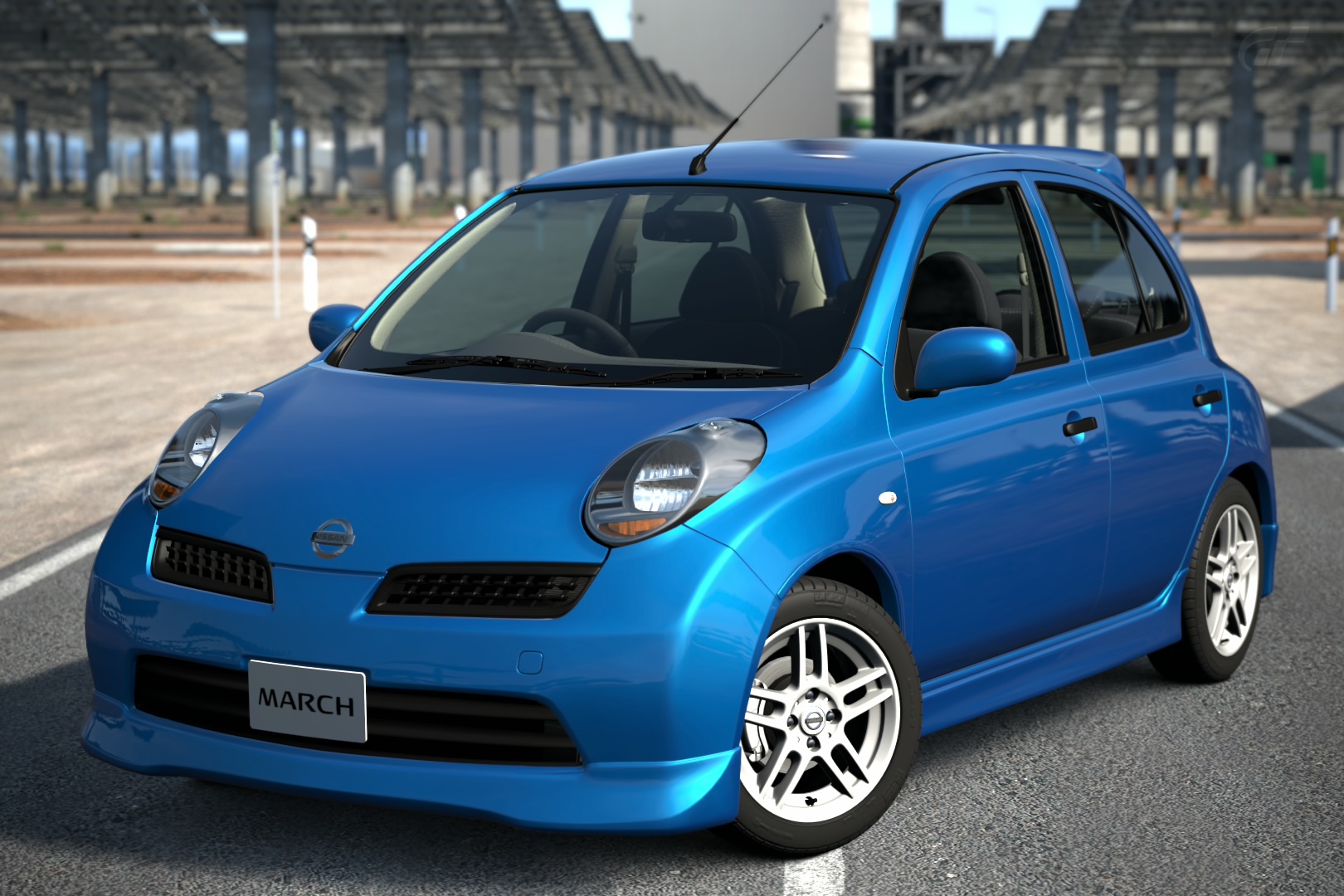 Rear view is easy on eye.

Here are some basic exterior measurements, things may vary between versions but not significantly:

From the table we can see that the size of this car really suits all kinds of housing and is very convenient for parking in crowded city. Most city dwellers would not need anything larger.

Nissan March has a pretty good interior space for a compact car. Legroom and headroom is decent enough for most adults, even the rear seat legroom is acceptable if front seat are set forward a bit, although over-sized and tall passengers may feel hassled with the sloping roof. Sold as five-door hatch, the Nissan March interior 5 seats can quite offer comfortable daily ride for a young and normal family, but not a big and fat family. 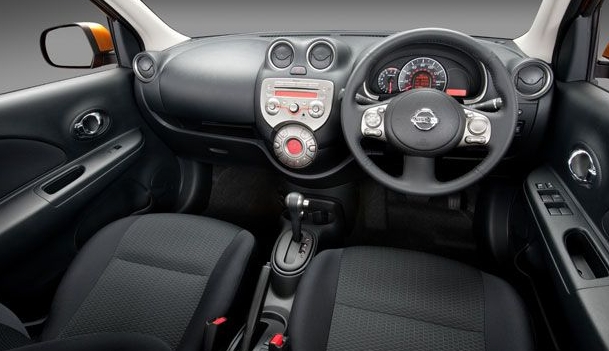 Interior design is far from fancy-looking.

Dashboard design is friendly but not that fancy-looking with many classic round details but the air-conditioning/ventilation control knobs are a bit oddly-looking over-sized, like the one in a kitchen gas stove. Infomedia is enough for common use with Bluetooth, remote central locking and MP3/CD audio system with controls on the steering wheel. Moreover, the 2017 version gets a color screen that got a GPS tracking.

Some may be let down by steering wheel and chairs, which make you feel hard and cheaply made from plastic. Flip-down position of armrests on doors is a little annoying. The gearshift look trunky and unlikable. However remember this is a very reasonably-priced, economical, reliable, compact and sturdy car, not a wanna-be luxury car by any means.

Though the glove box and doors pockets are miserably tiny, the most impressive feature is the back seats that can be folded down then lifted up for far more generous cargo volume, almost cavernous for a supermini car like this.

At debut of the Nissan March K13 we sell, except from the traditional 1.2-litre three-cylinder engine, a 1.5-litre four-cylinder engine became available for more powerful performance on longer trips and faster roads. A 5-speed manual gearbox presented for manual fans for the first time then. The automatic transmission was still CVT, and in Mexico & Canada it still only had four speeds. 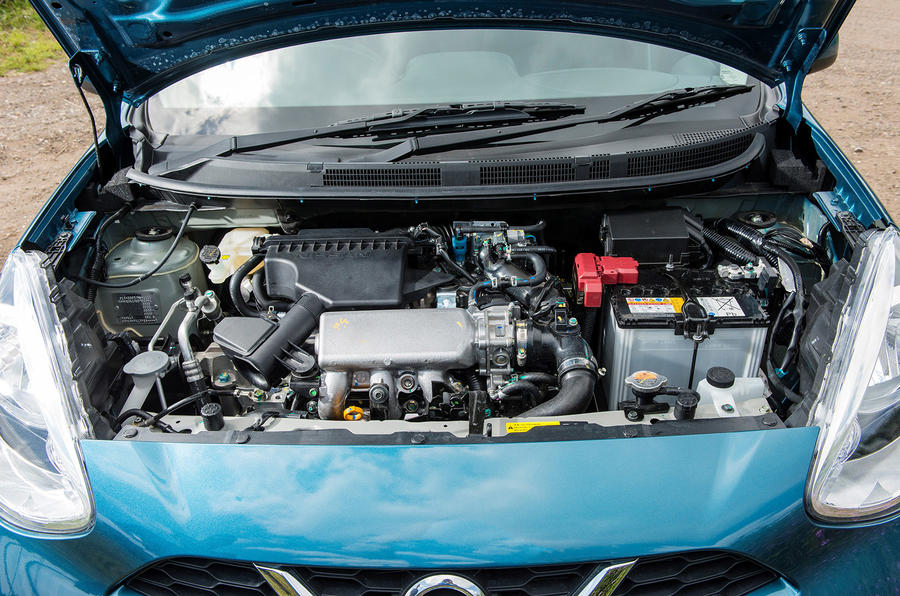 For maintenance and garage services, mechanical parts replacement and servicing costs are reasonably low. Even any competent home mechanics can do quite a bit of tweak and fix as under-bonnet area is not so complicated and crowded. However, to leave all safety related items to professional mechanics is strongly recommended as usual.

Here is the detail of the total driving test experience. The Nissan March serves best on city street and on the flat surface. It struggles on hills, especially with more than two passengers on hills. However it got to the top of the slopes anyway if you are not in a hurry. And you have to pause for a moment to swift back to second gear to climb up steep slopes. Luckily the Nissan March is light weight at about a ton so with manual version hill ride would become more exciting.

Steering is light, steering support is acceptable, steering return to center is satisfactory. Even at high speed, minimal wiggle movements with the steering wheel would have no effect on the straight direction of the car, which is very beneficial for green drivers with clumsy handling. This city bug got all-round visibility and wheels at far corners bringing about great dynamics, thus allowing to flick the little body around easily, at turning circles, at tight parking lots, at narrow town paths. In short, it is easy to drive easy to handle situations easy to fix and overall easy to operate.

Noise treatment in the car however is a minus. The manual version has some weird kind of unpleasant sounds around the rear underfloor and the front seaters can feel wind noise clearly.

What worth paying for in a Nissan March for sale are six airbags, dynamic control, anti-skid brakes (or more commonly known as anti-lock braking system or ABS) with brake assist for panic stops and electronic brakeforce distribution (or commonly known as EBD) to needed corners of the car during emergency.

An anti-lock braking system(ABS) is a safety anti-skid braking system used on aircraft and on land vehicles, such as cars, motorcycles, trucks and buses. ABS operates by preventing the wheels from locking up during braking, thereby maintaining tractive contact with the road surface. This consequently retains more direction control to the driver during panic braking and thus assist to avoid crash.

Nissan Micra got 4 stars rating for safety in Europe, in crashing test. The warranty is 3 years/100,000km, 3-year 24-hr roadside assist. The resale percentage is 50.8%, not surprisingly.

The Nissan March, or Nissan Micra would be perfect for any budget-conscious city dwellers to aim for simple economical daily use. Life on the road would got much more convenient, confident and free of hassle with this proud little big hit.