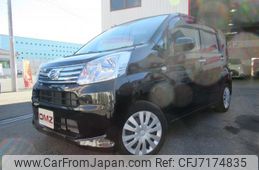 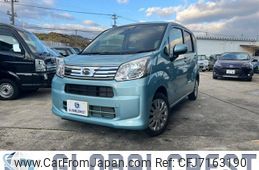 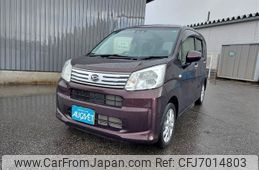 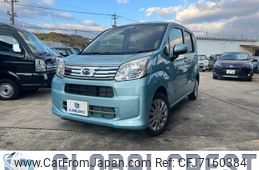 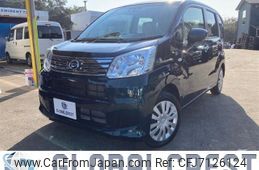 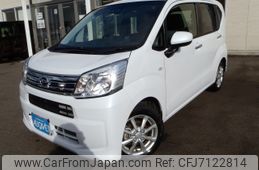 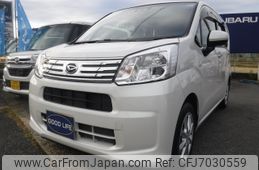 The Daihatsu Move is a Kei car manufactured by the famous automaker Daihatsu. Its production started in 1995 and still continues until today. During the first three years of production, the car was well-known as one of the best-selling products of Daihatsu with a total number of 500,000 units sold.

From the first debut to now, the car is always a fancy 5-door hatchback with plenty of eye-catching accessories.

So if you are seeking for a small Japanese car for your family use, the Daihatsu Move will be one of the best options for you.

A Brief Review About Daihatsu Move

The Daihatsu Move has an eye-catching look. The car is available in many colors that definitely catches your attention from the first time. These colors make the Daihatsu more attractive on the roads.

The interior of the car is very impressive. It has a comfortable and roomy interior with plenty of headroom and legroom for driver and passengers when comparing with other Kei cars. The car can carry up to 5 people.

Leather seats are fitted for the car, providing extreme comfort during your traveling. Its interior features include power windows, power steering, AC and many other advanced features.

III. History And Updates For Each Generation

The Daihatsu Move is a small car built upon the chassis of the Daihatsu Cuore but with a taller body.

The first generation Daihatsu Move was introduced in 1995 and ended in 1999. This generation was available in 2 engine types: a 659cc straight-three engine in Japanese Domestic market, and an 847cc ED20 engine in other countries. The version sold in Japan was named the L600, or L610 when fitted with 4-wheel drive. In export markets, the car was named the L601.

In 1997, a version named the Move Custom was unveiled. This version came with bigger headlight, a more traditional front-end treatment, paired with a nicer overall design. The production of the Move Custom has continued until present.

There was also another version available from the beginning of introduction called L602. The L602 offered a 4-cylinder version, also of 659cc and was equipped with the DOHC 16-valve turbocharged JB-JL engine, producing 64 PS (47 kW).

The second generation Move (L900) made its debut in 1999 and ceased in 2002. This generation used the same chassis as that of the first generation (L600).

The third generation Daihatsu Move was introduced under the name L150 and L160. This generation began in 2002 and ended in 2006.

The fourth generation unveiled in 2006 and ceased in 2010. Daihatsu Move in this generation had a KF-VE-type non-turbo engine and a CVT (continuously variable transmission), making exceptional acceleration performance and efficient fuel efficiency (23km/litre).

In 2010, the fifth generation was launched with some minor change in terms of design compared to the fourth generation. This generation also came with a new option that have a crash-avoidance system, a first in kei car segment.

On December 12, 2014, the sixth generation Daihatsu Move was introduced under the name LA150 and LA160. Productions of this generation still continues until today. This generation has a lightweight high-rigidity body structure featuring a more high-rigid body structure, a strengthened underbody, enhanced suspension body, and a power mode-switching steering which enables drivers to change the control of the CVT and engine at the touch of a button.

In terms of fuel consumption, the figure now is up to 31km/litre whereas turbocharged models can reach up to 27,4 km/litre.

If you want to buy a cheap yet efficient car then you should buy a used Daihatsu Move for sale. The car is sold at a very good price that fits your budget. It is also very economical with low running cost. There are plenty of cars available for sale in Japan so it will be very easy for you to pick a suitable one according to your demand and requirement.

On used car market, a used Daihatsu Move price is now ranging from $2,000 to $15,000 depending on model year, mileage and other conditions of the car. The newer the model is, the higher the price it costs. So you can base on this price range to pick a used Daihatsu Move suitable for your needs.