Nissan, when a layperson hears this name it is impossible that he/she doesn’t take cognizance unless he/she has been living entirely under the rock for the last eight decades. One of the most respected makers of four-wheelers and cars on this planet, Nissan has carved a niche for itself when it comes to being the first as well as being the best.

Here are some of the amazing Nissan facts that you might not know but you should:

Fact 1: Nissan is one of the oldest car manufacturers

Most of you might already know Ford as one of the earliest makers of the automobile as we see it today, but very few of us know that Nissan has contributed almost at par to come up with the idea of modern day four wheelers as we know them today. Facts about Nissan include that it is the first company to roll out cars in Asia in the first half of the 20th century as mass produce. 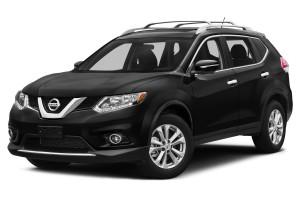 Although the idea of Nissan was uncaptioned sometimes in 1914 by Mashujiro Hashimoto, it took a while before the idea of mass production of affordable cars gained momentum. In 1932, this venture was called “Datsun”, which metamorphosed to Nissan Motor Co. Ltd in the year 1943.

Originally named as Datson, its name was later changed to Datsun as Son in Japanese means disadvantage.

During the World War-II, Nissan also got into the work of manufacturing and producing military trucks and high-performance engines for military class aeroplanes. It is one of the few players in the market who could boast about something like that.

Nissan, known as Datsun at that point of time, was responsible for Japans first satellite launch. In the 1970’s, Nissan undertook some significant diversification that included enabling Japan to launch its first satellite. In 1966, Nissan got itself into producing motorboats too.

Fact 5: Key market player in the US

It took a little more than two decades for Nissan Motors to gain a stronghold over US market. In the year 1958, it was able to enter the US market. Initially, it did face a lot of competition from Automobile Juggernauts like Ford and GM, yet the fact about new Nissan that it succeeded in leaving a lasting impression on its buyers for its cost effective approach, cannot be denied.

The new Nissan facts and figures also include the rare distinction of starting the earliest lines of luxury sedans, which honestly at that time were considered as a rare luxury for most people.

One must know that Nissan and Renault S.A, a premium French car maker, entered into an alliance in the year 1999 thus entering into an absolute corporate shake-up frenzy. After that, they captured a larger share of the market through shared approach.

Everything isn’t just rosy in the case of Nissan motors co. Especially when talking about the 1990’s when it has declared a loss of nearly $2 billion USD.

Nissan, from the very beginning, has strived to come up with sustainable and efficient motor vehicle design. One of the tops of the line VQ engines made by Nissan is still the best.

Not really a surprising event after having said that Nissan had successfully undertaken the production of military class trucks, launched satellites but so that you know-it has also forayed into the production of an efficient electric vehicle with buyers all across Europe.